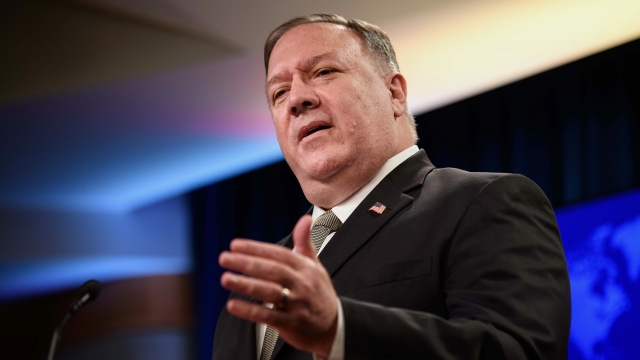 SMS
U.S. Has Revoked More Than 1,000 Visas Of Chinese Nationals Since June
By LeeAnne Lowry
By LeeAnne Lowry
September 10, 2020
The visas were revoked under a proclamation aimed at students and researchers.
SHOW TRANSCRIPT

The U.S. State Department said Wednesday it's revoked more than 1,000 visas for Chinese nationals under a proclamation by President Donald Trump.

The proclamation — which went into effect in June — is aimed at students and researchers suspected of having links to the Chinese military.

The president claims China is working to steal U.S. intellectual property to boost its military.