U.S. Has A Higher Preterm Birth Rate Than Libya. Here's Why. 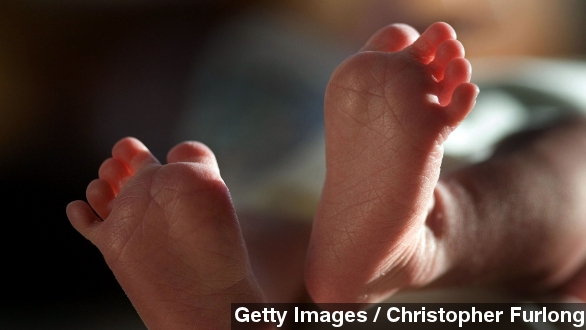 SMS
U.S. Has A Higher Preterm Birth Rate Than Libya. Here's Why.
By Madison Burke
By Madison Burke
December 20, 2014
About 12 percent of all U.S. births happen before the 37-week mark, which ranks the country in the middle of the pack worldwide.
SHOW TRANSCRIPT

The U.S. is a global leader in medicine and technology, yet it has one of the highest rates of preterm births of any wealthy country.

About 12 percent of all U.S. births happen before the 37-week mark, which ranks the nation in the middle of the pack worldwide.

Preterm births can lead to a variety of health problems and even death.

The Centers for Disease Control and Prevention says preterm birth accounted for 35 percent of all infant deaths in 2010.

So why does the U.S. have such a high preterm birth rate? Health scientists are still studying this, but we do know this much.

March of Dimes reports 19.8 percent of preterm births are from uninsured women who may not have been getting adequate health care because of the cost.

Experts say the Affordable Care Act's expansion of insurance coverage, including through Medicaid, is one way to combat this.

A study by Stanford Medicine released this summer found women who are obese before becoming pregnant have an increased risk of delivering early.

The study looked at nearly 1 million California births and found obese women were more likely to deliver before 28 weeks of pregnancy.

Age is another issue. A 2010 study found older women have an elevated risk of stillbirth and preterm birth when compared to younger women.

And American women are now having kids later in life. The CDC says the rate of women having their first birth between 40 and 44 has more than doubled since 1990.

And this last one should be no surprise: don't smoke while pregnant. A 2005 study found the more a woman smokes during pregnancy, the greater the risk of preterm birth.

The CDC reports about 10 percent of American mothers smoked during their last three months of pregnancy.

But on a positive note, trends do show a steady decrease in expectant mothers smoking over the last few years.

This video includes an image from Getty Images, Martin LaBar / CC BY NC 2.0 and music from Chris Zabriskie CC BY 4.0.