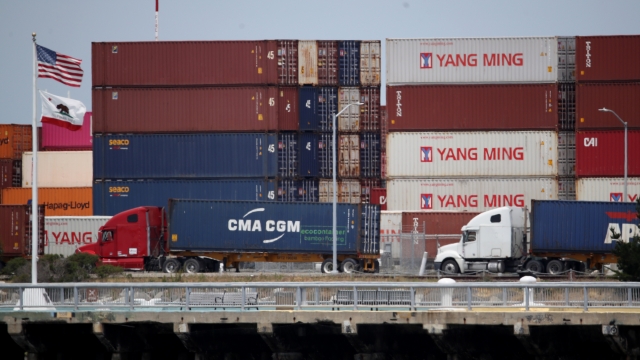 The U.S. will exclude more than 400 Chinese goods from the tariffs it imposed as part of the trade war last year.

On Friday, the Office of the U.S. Trade Representative announced it is temporarily exempting 437 types of products from the 25% tax the U.S. imposed on $250 billion of Chinese goods. Some of the items include drinking straws, dog leashes and Christmas lights.

The move comes as both countries prepare to meet next month for another round of high-level trade talks. Last week, China said it will exempt some U.S. agricultural products, including soybeans and pork, from additional punitive tariffs. That came shortly after the Trump administration announced it would delay a planned 5% tariff increase on Chinese imports as "a gesture of good will."

President Donald Trump said during a press conference Friday that despite the recent developments, he won't be satisfied until a "complete deal" with China is made.