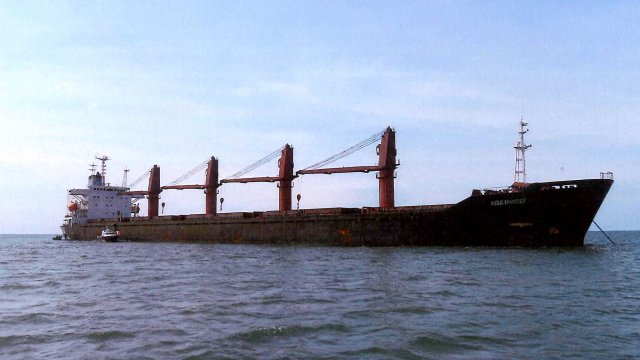 Ownership of one of North Korea's largest cargo ships has been awarded to the U.S. after it was caught violating international sanctions.

The Justice Department said the ship, called the Wise Honest, was being used to illegally export North Korean coal and haul heavy machinery back to North Korea. The U.N. Security Council passed a resolution in 2017 banning the country from doing just that.

The DOJ's judgment officially takes the ship out of commission. The assistant attorney general for national security said, "This order of forfeiture sinks the Wise Honest's career as one of North Korea's largest sanctions-busting vessels."

The seizure of the Wise Honest was the first time the U.S. apprehended a North Korean ship for international sanctions violations.