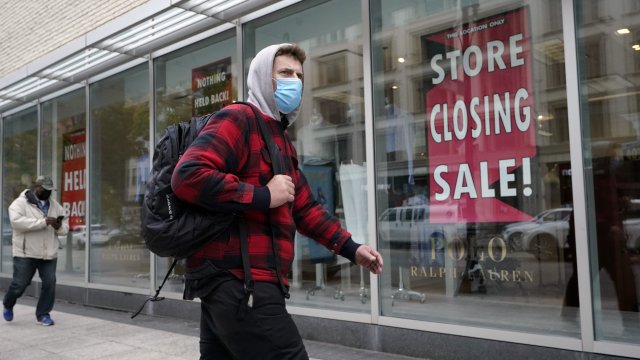 U.S. GDP grew by 7.4% in the third quarter. That’s a big improvement from the second quarter, which saw a record 9% slump.

“We broke records. This is the greatest GDP number since records have been kept, starting in 1947,” said Treasury spokeswoman Monica Crowley.

It’s a direct result of the first round of economic relief, according to the Trump administration.

“If the administration and Congress had not taken any action, you would have seen a Great Depression, something that extreme,” Crowley said.

But the COVID-19 pandemic remains a serious threat to the economy. On the same day the GDP numbers came out, the Labor Department reported another 751,000 people filed jobless claims — as over 40 states report a rise in new COVID-19 cases.

Meanwhile, a deal being reached between the White House and Congress — before or after Election Day — remains uncertain. Without another round of economic relief, consumer spending — which played a big role in lifting the economy up in the third quarter — could take a serious hit.