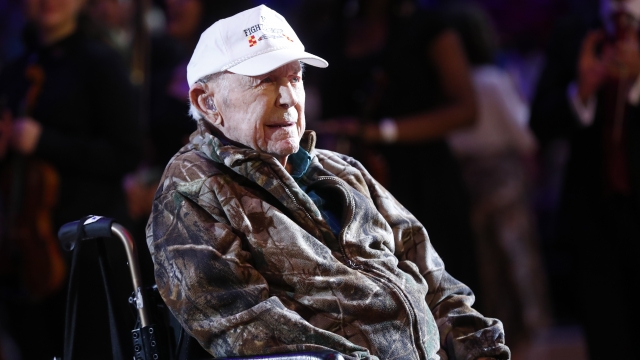 U.S. fighter pilot Charles "Chuck" Yeager has passed away at 97. Yeager served in World War Two and in 1947, became the first person to break the sound barrier.

At the time, he said the experience was "nice, just like riding a fast car."

His career was told in the author Tom Wolfe's book "The Right Stuff."

After retiring from the military in 1975, Yeager went on to serve as a consultant to the Air Force and defense companies.

He also became a commercial pitchman, and his name was used for a series of flight simulator video games.