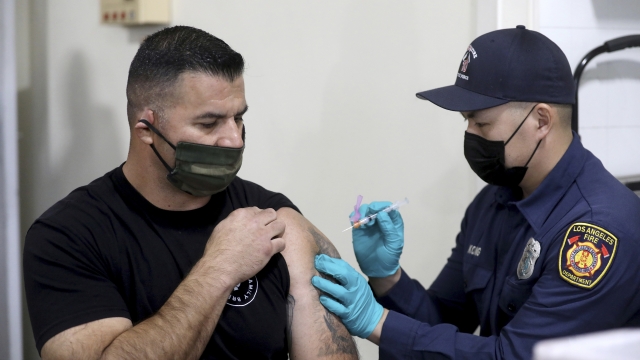 Getting the shot into the arms of Americans is off to a slow start. Twenty million vaccinations by the end of December was the target. The U.S. is pretty far from that goal, which raised a lot of questions for top Operation Warp Speed officials.

Moncef Slaoui, science adviser of Operation Warp Speed: "We agree that that number is lower than what we hoped for ... we know that it should be better, and we're working hard to make it better."

Roughly 2.6 million people have received their first shot, according to the CDC. Slaoui says he expects vaccinations to pick up next month. Officials said snowstorms and storage challenges are partially to blame for this delay. Slaoui added general inexperience is also a factor.