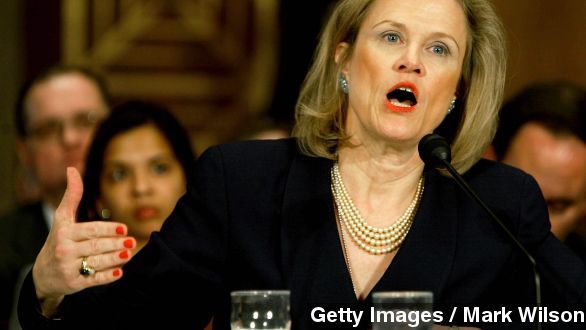 A longtime fixture at the U.S. State Department and one of the nation's foremost experts on Pakistan is under federal investigation as part of a counter-intelligence probe.

According to The Washington Post, State Department diplomat and Pakistan expert Robin Raphel's home was searched after she was put on administrative leave last month.

Her office in the State Department was searched and sealed and her contract with the department, which was up for renewal this week, was allowed to expire.

Bill Clinton named Raphel the nation's first Assistant Secretary of State for South and Central Asian Affairs. She also served as the U.S. Ambassador to Tunisia in the late 1990s.

Raphel's spokesperson told The New York Times she hasn't been told she's the target of the investigation but added, "Her nearly 40 years of public service at the highest levels of U.S. diplomacy speak for themselves. I'm confident this will be resolved."

U.S. coverage of the investigation has detailed Raphel's decorated diplomatic history, with some outlets mentioning how well liked she was among colleagues. But Indian outlets tell a different story.

The Times of India report on the investigation called Raphel, "brazenly pro-Pakistan" in its article and "a piece of work" in the story's photo caption.

The Hindu quoted an anonymous official  who said the investigation was "a vindication" after persistently warning the U.S. that Raphel was not only anti-Indian, but that her position wasn't in the U.S.'s best interest.

During the 1990s, the Clinton Administration accused the Indian government of possible human rights abuses in its effort to end a rebellion in the state of Kashmir.

Her support of this policy left her subject to extreme criticism, with India accusing Raphel of toeing Pakistani interests, fueling the longstanding tension between the two countries.

India-Pakistan relations have been strained since the partition of land in 1947 created the state of Pakistan after India gained its independence from Great Britain. The two countries went to war in 1947, 1965 and 1971.