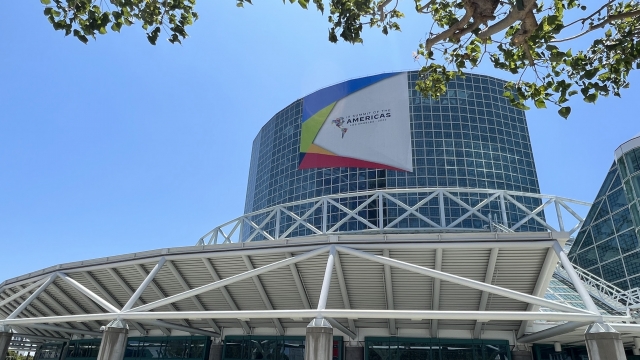 SMS
U.S. Excluded Cuba, Nicaragua, Venezuela From Americas Summit
By Adi Guajardo
By Adi Guajardo
June 7, 2022
The White House downplayed the number of missing leaders at the table, indicating that the summit can still be effective.

This year, the Summit of the Americas theme is "Building a Sustainable, Resilient and Equitable Future," and the topics of focus include economic prosperity, climate change, the migration crisis and the COVID-19 pandemic. But really, all of this is being overshadowed by the guest list.

The White House recently announced 23 leaders will be in attendance. It downplayed the number of missing leaders at the table, indicating that this summit can still be effective.

The ninth Summit of the Americas marks just the second time the event has been hosted by the U.S. The event meant to bring nations closer together is so far doing anything but.

Controversy erupted after the Biden administration excluded leaders from Cuba, Venezuela and Nicaragua, non-democratic countries, saying dictators should not be invited.

The Cuban president accused the U.S. of being noninclusive despite complaints and demands to end exclusion.

Mexico, Argentina, Honduras and other countries expressed disapproval of the U.S. move, some even boycotting the event.

On Monday, Mexico's president Andrés Manuel López Obrador announced he's sitting this summit out because the U.S. resisted inviting all of the leaders of the Americas.

Mexican foreign minister Marcelo Ebrard will attend the summit, adding that he will meet with President Biden in July.

"I think that the Biden administration has egg on its face," said Miguel Tinker Salas, professor and Venezuelan historian.

The U.S. has been accused of hanging on to old policies, adding that Cuba was invited and attended the last summit in Peru.

"I think it is a recognition that Latin America is complicated, that there are different political views, but there's still Latin America. And we need to get away from this notion of we get to decide who is at the table and who is not. And particularly given the context that we're trying to discuss. Climate change can't be resolved by excluding countries. Immigration is not going to be resolved by excluding countries," said Salas.

Experts also point to a diminishing reliance on Washington as China's influence expands, making some leaders question the benefits of the summit.

"What we've lost is the drive for more economic integration that was there in the '90s that could set aside some of the political differences," said Andres Martinez, Arizona State University journalism professor and journalist.

Adam Isacson, the director for defense oversight with the Washington Office on Latin America, believes the Biden administration would have faced greater backlash if it invited every head of state.

"The Biden administration is trying to actually send a decent message on human rights by saying that these three countries are pariahs because of their state policies that are directly abusing human rights," said Isacson.

Even with leaders missing at the table, experts say it's really about opening up a dialogue between countries geographically connected and nonprofits working together.

But it's more than just the list; the Biden administration has also been accused of moving slowly and throwing this summit together at the last minute, sending out invitations pretty late and leaving leaders and organizations attending scrambling to make plans.