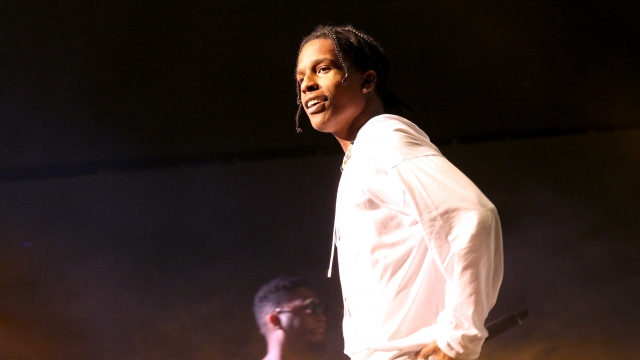 As American rapper A$AP Rocky's assault trial opened Tuesday in Sweden, there was at least one other notable face in the courtroom: President Trump's envoy for hostage affairs.

Robert C. O'Brien told a New York Times reporter, "The president asked me to come here and support these American citizens. I'll be here until they come home."

While in court, Rocky, whose real name is Rakim Mayers, pleaded not guilty to assault. A Swedish prosecutor said Rocky and two members of his entourage attacked a 19-year-old man in Stockholm on June 30, beating him with a bottle and kicking him.

Rocky previously told police he was acting in self-defense after the victim and another individual followed and harassed him, despite being repeatedly asked to stop.

Rocky's been held in jail since he was detained in early July. At the request of the first lady and some celebrities, President Trump previously reached out to Sweden's prime minister about Rocky's case. The president also "offered to personally vouch" for the rapper's bail or provide other assistance — though it's worth noting that Sweden does not have a bail system.

If Rocky is found guilty, he faces up to two years in prison. He's expected to testify when the trial resumes Thursday.