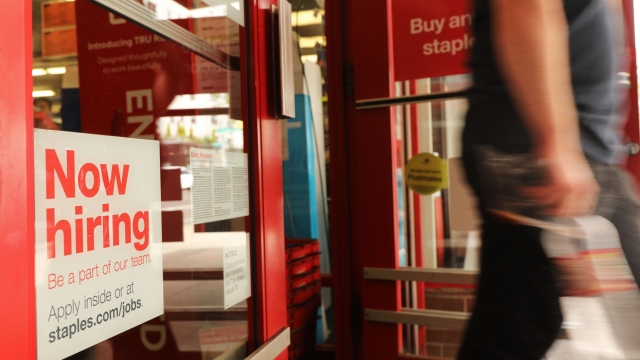 SMS
U.S. Employers Hired 266,000 People In November
By LeeAnne Lowry
By LeeAnne Lowry
December 6, 2019
Most of the jobs were in education and health services, manufacturing, and leisure and hospitality.
SHOW TRANSCRIPT

U.S. employers hired 266,000 people last month, according to the Labor Department on Friday. That's over 100,000 jobs more than were added in October, and the largest increase since January.

Most of the new jobs were in education and health services, manufacturing, and leisure and hospitality.

The growth far exceeds what economists were expecting — CNBC reports that a Dow Jones survey showed the expectation was around 187,000 with no change in unemployment.

Part of the unexpected rise reflects General Motors employees who have returned to work after a six-week strike. That caused a dip in October when they weren't counted in the report. When they came back, they counted as 40,000 new jobs for the month of November.