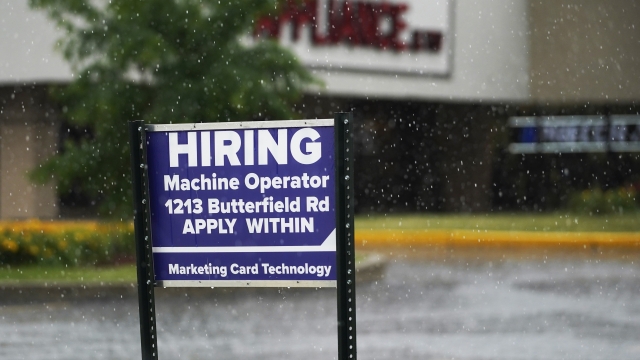 America's employers stepped up their hiring last month, adding a solid 531,000 jobs, the most since July and a sign that the recovery from the pandemic recession is overcoming a virus-induced slowdown.

Friday's report from the Labor Department also showed that the unemployment rate fell to 4.6% last month from 4.8% in September. That is a comparatively low level though still well above the pre-pandemic jobless rate of 3.5%. And the report showed that the job gains in August and September weren't as weak as initially reported. The government revised its estimate of hiring for those two months by a hefty combined 235,000 jobs.

All told, the figures in the jobs report point to an economy that is steadily recovering from the pandemic recession, with healthy consumer spending causing companies in nearly every industry to step up hiring. Though the effects of COVID-19 are still causing severe supply shortages, heightening inflation and keeping many people out of the workforce, employers are finding gradually more success in filling near-record-high job postings.

By nearly every barometer, the economic recovery appears solidly on track. Services companies in such areas as retail, banking and warehousing have reported a sharp jump in sales. More Americans bought new homes last month. And consumer confidence rose in October.

At the same time, though, the nation remains 4.7 million jobs short of the number it had before the pandemic flattened the economy in March 2020. The effects of the virus are still discouraging some people from traveling, shopping, eating out and attending entertainment venues.

The number of long-term unemployed — people out of work for six months or more — has fallen sharply in recent months, to 2.3 million in October from 4.2 million in April. That is still double the pre-recession total. But it's an encouraging sign because employers are typically wary of hiring people who haven't held jobs for an extended period.

One disappointing note in Friday's report is that the workforce — the number of people either working or looking for a job — was unchanged in October. That suggested that the reopening of schools in September, the waning of the virus, and the expiration of a $300-a-week federal unemployment supplement have yet to coax many people off the sidelines of the job market in large numbers.

Drawing many people back into the workforce after recessions is typically a prolonged process. There are now 7.4 million people officially out of work — just 1.7 million more than in February 2020, before the pandemic struck the economy. Yet millions more who lost jobs during the recession have given up on their job hunts, and employers might have to raise pay and benefits to draw them back in.