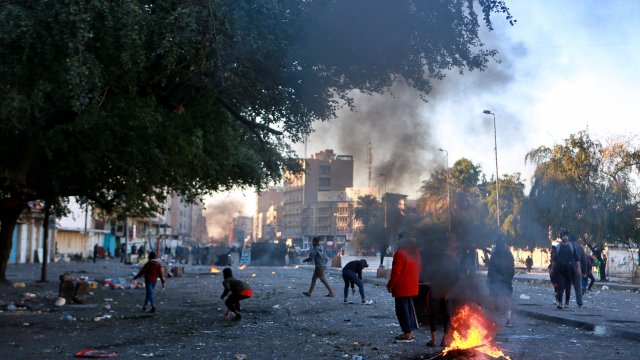 Anonymous officials and embassy staff members confirmed the attack to multiple media outlets. The sources said one of the rockets hit a dining facility inside the compound. They also said the wounded individual only sustained minor injuries.

Rocket attacks on Baghdad's Green Zone have become pretty common in recent months. The area is home to embassies and other government buildings. But according to ABC, this is the first time in years that the U.S. Embassy compound has sustained a direct hit.

The reported strike comes just weeks after supporters of an Iranian-backed militia broke into the embassy compound and set fires inside. They were protesting U.S. airstrikes that left two dozen members of that militia dead.