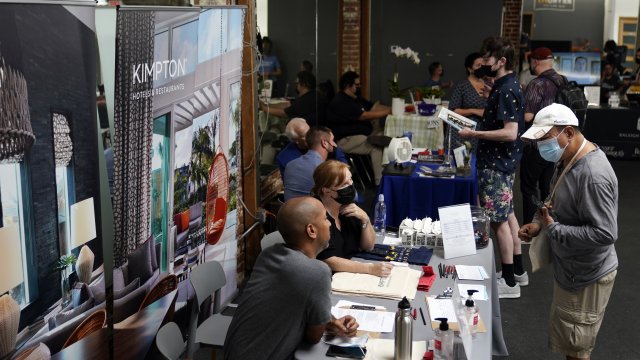 Hampered by rising COVID-19 cases and persistent supply shortages, the U.S. economy slowed to a 2% annual rate in the July-September period, the weakest quarterly growth since the recovery from the pandemic recession began last year.

Thursday’s report from the Commerce Department estimated the nation’s gross domestic product — its total output of goods and services — declined sharply from the 6%-plus annual growth rates of each of the previous two quarters.

But now, with confirmed COVID cases declining, vaccination rates rising and more Americans venturing out to spend money, many economists think GDP is bouncing back to a rate of 6% or even better in the current fourth quarter.

Airlines have reported growing passenger traffic, businesses are spending more on equipment and wages are increasing as employers struggle to draw more people back into the job market. A resurgence of consumer spending could help energize the economy as the year nears a close.

At the same time, though, rising prices, especially for gasoline, food, rent and other staples, are imposing a burden on American consumers and eroding the benefits of higher wages. Inflation has emerged as a threat to the economic recovery and a key concern for the Federal Reserve as it prepares to start withdrawing the emergency aid it provided to the economy after the recession struck last year.