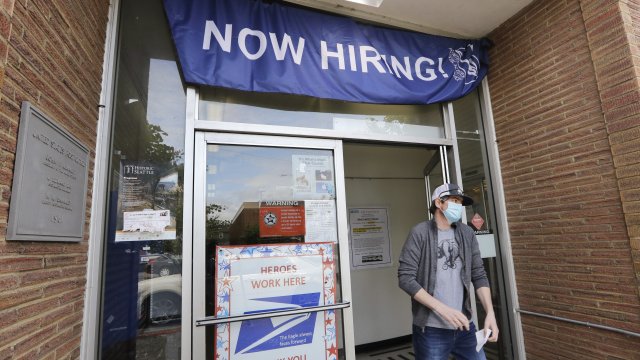 The U.S. added 1.8 million jobs in July, pulling the unemployment rate down almost a full percent. But hiring is starting to slow.

Back in June, the economy added 4.8 million jobs as lockdown restrictions were eased. But the recent spread of new COVID-19 cases — and reimposed restrictions — could jeopardize that. So could stalled stimulus talks.

"You are going to begin to see, at some point, small business layoffs again as companies run out of the PPP money," Sen. Marco Rubio said in an interview on CNBC.

Extending the loan relief program for small businesses is an area of common ground between both parties, but a few roadblocks are getting in the way of a deal by Friday. President Trump says he'll sign an executive order if an agreement isn't reached soon, but it's unclear if that would include more small business loans.