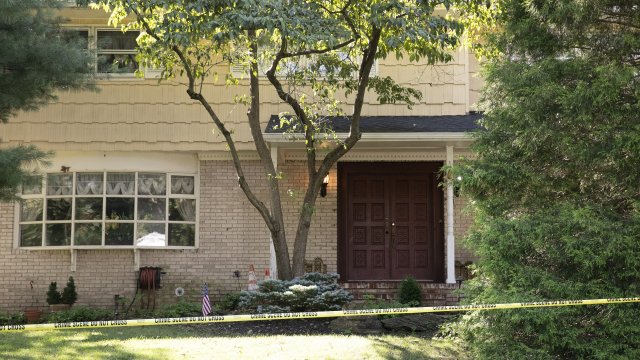 A suspect who opened fire at U.S. District Judge Esther Salas' home, killing her son and injuring her husband Sunday, has been found dead.

ABC News reports the suspect, who died of an apparently self-inflicted gunshot wound near Liberty, New York, was an attorney who had a case before Salas in 2015. A package addressed to Salas was discovered with his body.

The shooting happened Sunday evening in North Brunswick, New Jersey, when Salas' husband and son opened the door for someone in a FedEx uniform. The gunman reportedly fired multiple shots, injuring Salas' husband and fatally striking their 20-year-old son. Salas was home at the time but was not injured.

Law enforcement say they are unaware of any threats against Salas.

Salas was nominated for her seat by President Obama in 2010 and has presided over several high-profile cases, including the financial fraud case of "Real Housewives of New Jersey" reality TV stars Teresa and Joe Giudice; and the sentencing of a notorious gang leader in Newark.

Salas was recently appointed to preside over a lawsuit brought by Deutsche Bank investors. Plaintiffs in the case allege the company made inaccurate and misleading statements about its anti-money laundering policies and didn't monitor Jeffrey Epstein.