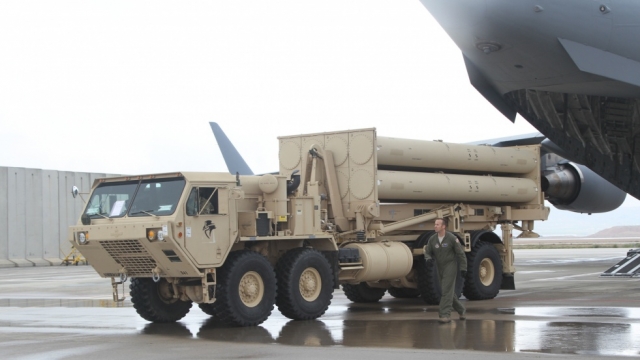 The deployment test of the system comes as tensions have increased between Israel and Iran.

The U.S. European Command deployed its most advanced missile defense system earlier this month to Israel to show its commitment to Israeli security.

The Terminal High Altitude Area Defense system, or THAAD, is an anti-ballistic missile defense system that is "designed to shoot down short-, medium-, and intermediate-range ballistic missiles." It deployed all the way from its home base in Fort Bliss, Texas.

The test comes as tensions have increased between Israel and Iran over Israel's bombing campaign in Syria.

Don't worry, no one was under a real threat. The deployment of THAAD was just a test to see how fast the U.S. military can deploy the weapons around the world.

In a statement Monday, the U.S. European Command said: "THAAD is the most advanced integrated air and missile defense system in the world, and this deployment readiness exercise demonstrates that U.S. forces are agile, and can respond quickly and unpredictably to any threat, anywhere, at any time."