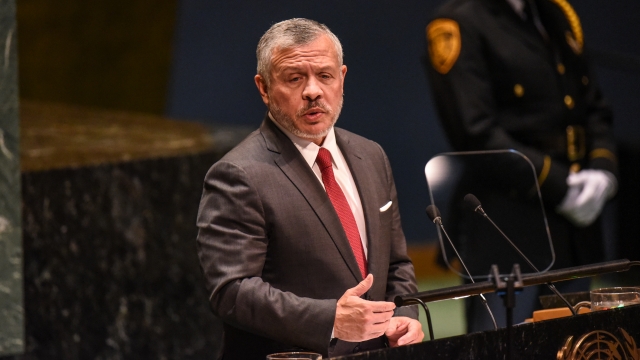 House Speaker Nancy Pelosi and nine other lawmakers traveled to Jordan to meet with its king. The group is bipartisan, but it only includes one Republican.

The lawmakers met with King Abdullah II Saturday night to discuss the situation in neighboring Syria, specifically "the impact to regional stability, increased flow of refugees, and the dangerous opening that has been provided to ISIS, Iran and Russia."

Turkey launched an offensive against Kurdish forces earlier this month after President Donald Trump withdrew troops from Syria. The country's been in a U.S.-negotiated 5-day ceasefire since Thursday, on the condition that the Kurds use that time to withdraw from a certain border area.

But there's some uncertainty of whether fighting has actually stopped. Kurdish leaders have said they will "not accept the occupation of northern Syria." There have been reports of sporadic fighting throughout the truce, with each side accusing the other of violating the ceasefire.