U.S. Delays Next Round Of Tariffs On Chinese Goods 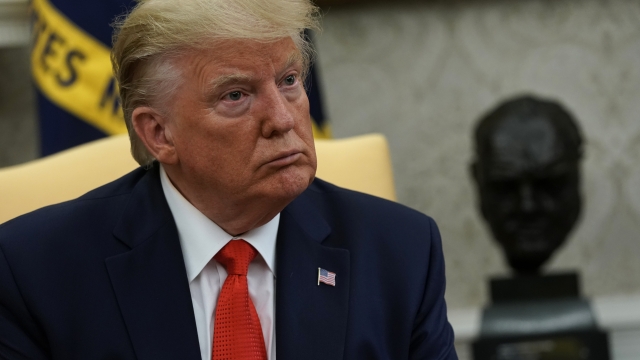 SMS
U.S. Delays Next Round Of Tariffs On Chinese Goods
By Ahmed Jawadi
By Ahmed Jawadi
September 11, 2019
​President Trump said the U.S. will move its planned 5% tariff increase from Oct. 1 to Oct. 15.
SHOW TRANSCRIPT

The Trump administration will delay the next round of tariffs on $250 billion worth of Chinese goods.

President Donald Trump said on Twitter Wednesday the U.S. will push its planned 5% tariff increase from Oct. 1 to Oct. 15. He said the move was "a gesture of good will" because "the People's Republic of China will be celebrating their 70th anniversary" on Oct. 1.

The announcement comes less than a day after China said it was lifting import taxes on more than a dozen U.S. products. China's Foreign Ministry said the exemptions will go into effect on Sept. 17 and last for one year.

The trade war between the U.S. and China has been going on since last year, with both countries placing tariffs on hundreds of billions of dollars of each other's goods. Both sides suspended raising tariffs on each other earlier this year, but the taxes were later resumed after negotiations broke down. Both countries are set to head back into trade talks next month.