U.S. Deaths From Coronavirus Rise To 17 With New Florida Fatalities 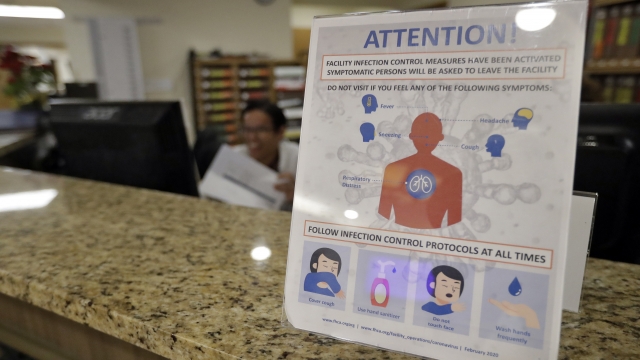 SMS
U.S. Deaths From Coronavirus Rise To 17 With New Florida Fatalities
By LeeAnne Lowry
By LeeAnne Lowry
March 7, 2020
There are over 300 confirmed cases throughout the country.
SHOW TRANSCRIPT

The U.S. death toll from coronavirus has risen to 17, as Florida officials confirmed Friday that two more people died of the virus. Both had recently traveled internationally.

The deaths in Florida are the first U.S. fatalities outside of the west coast. There are over 300 confirmed cases throughout the country, reported in about half of U.S. states.

On Friday, President Donald Trump signed a measure allocating $8.3 billion to address the coronavirus outbreak. The measure comes as the global economy has taken a hit from the outbreak and as governments around the world scramble to get more testing kits out.

To date, there have been over 102,000 confirmed cases of the coronavirus worldwide. A vast majority of those cases are in mainland China. Around 3,500 people have died, while almost 57,000 have recovered. The World Health Organization reports the virus has spread to more than 80 countries.