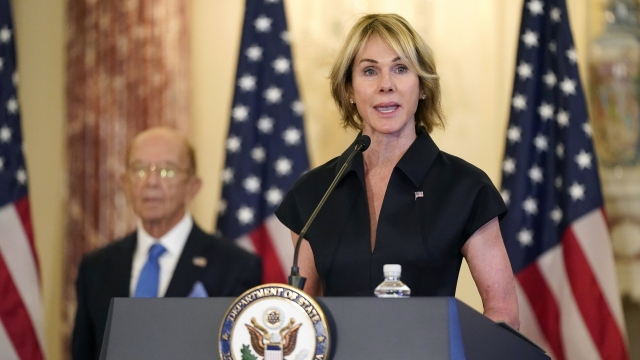 SMS
U.S. Ambassador Criticizes WHO, China Over Coronavirus
By Newsy Staff
By Newsy Staff
September 24, 2020
Ambassador Kelly Craft said the WHO damaged its reputation and helped China "lie to the world."
SHOW TRANSCRIPT

The U.S. ambassador to the United Nations unloaded this morning on the World Health Organization. Listen to Kelly Craft as she tore in to the WHO and the Chinese government:

"The World Health Organization was for many years considered a center of science over politics, data over bias. That reputation lies in tatters today after the WHO assisted the Chinese campaign to withhold cooperation and lie to the world."