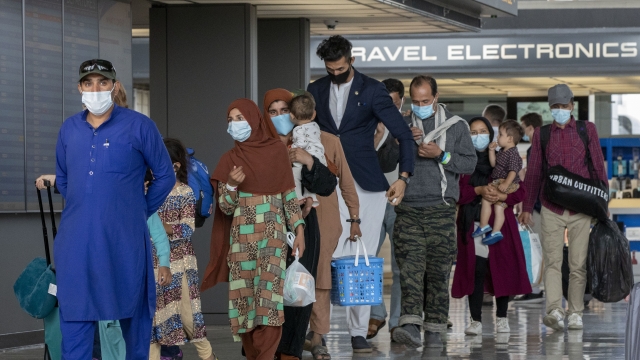 SMS
U.S. Could Admit More Than 50,000 People From Afghanistan Airlift
By Associated Press
By Associated Press
September 3, 2021
Homeland Security Secretary Alejandro Mayorkas said more than 40,000 people have already arrived in the U.S. and that number is expected to rise.
SHOW TRANSCRIPT

The U.S. Secretary of Homeland Security says the government expects to admit more than 50,000 people into the country from the Afghanistan airlift.

Alejandro Mayorkas suggested Friday that figure could climb in what he called an unprecedented evacuation. Mayorkas told reporters during a news conference that the U.S. has brought more than 40,000 people into the country from Afghanistan since the fall of Kabul last month.

About a quarter of those who have come so far are U.S. citizens or permanent residents. 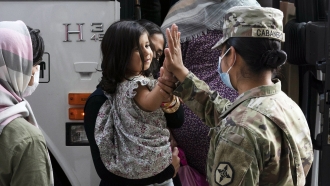 The rest, he said, include people who have received the special immigrant visas for Afghans who worked for the U.S. or NATO as interpreters or in some other capacity. Also included in this group are people who have applied but not yet received the visa and those considered “vulnerable” under Taliban rule.

The secretary, who came to the U.S. as a refugee from Cuba as a child with his family, spoke proudly of the evacuation effort and said the number of people admitted could exceed 50,000.

He said all those entering the U.S. are undergoing security screening and vetting in a number of transit points, where they are tested for COVID-19 and offered a vaccine.