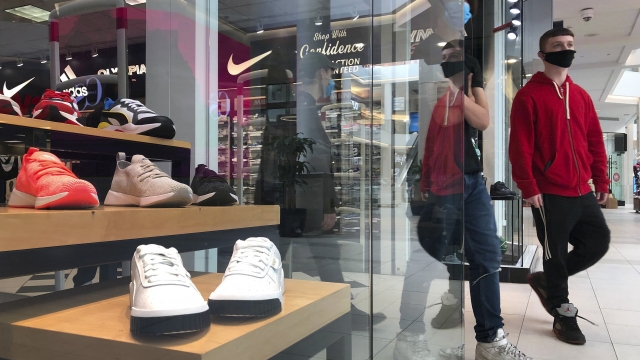 U.S. consumers increased spending at a record pace in May, according to the Commerce Department on Friday. The 8.2% hike — which is more than double the previous record — makes up some ground from a combined 19.2% drop the previous two months.

The rise in spending comes despite the fact that personal income decreased by 4.2%, with disposable income falling almost 5%. Income had increased almost 11% the previous month after the government pumped billions of dollars in aid into the economy.

The increase likely reflects the gradual reopening of many local economies across the nation last month. Much of the growth was on investments like cars, refrigerators and sofas. Americans also spent more on health care, restaurants and hotels.

But the U.S. isn't expected to maintain those gains. For one thing, some state and local governments are considering tightening restrictions again as COVID-19 cases soar nationwide. And next month, millions of Americans unemployed due to the pandemic will lose their government aid unless Congress approves more stimulus money.