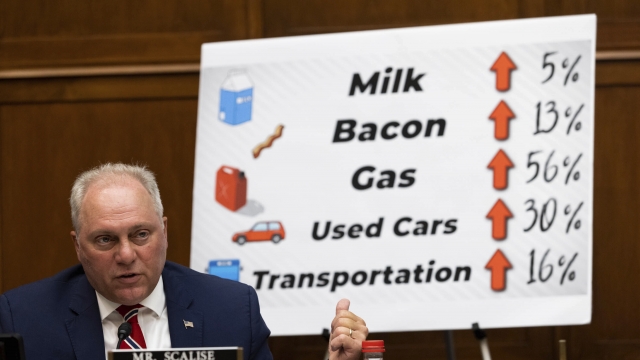 Prices for U.S. consumers jumped in June by the most in 13 years, signaling a rebound in spending has run up against widespread supply shortages that have escalated the costs of many goods and services.

Tuesday's report from the Labor Department showed that consumer prices in June rose 0.9% from May and 5.4% over the past year — the sharpest 12-month inflation spike since August 2008. Excluding oil and gas prices, so-called core inflation rose 4.5% in the past year, the largest increase since November 1991.

The pickup in inflation, which coincided with the economy’s recovery from the pandemic, will likely intensify a debate at the Federal Reserve and between the Biden administration and congressional Republicans about how persistent the accelerating price increases will be.

The Fed and the White House have made clear they believe the current inflation will be temporary. As supply chain bottlenecks are resolved and the economy returns to normal, they say, the price spikes for such things like used cars, hotel rooms and plane tickets will fade along with inflation. 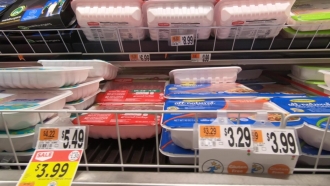 Still, continued higher inflation does raise the prospect that the Fed could decide to act earlier than expected to pull back on its ultra-low interest rate policies, which have been intended to support more borrowing and spending. If so, that would risk weakening the economy and potentially derailing the recovery.

Fed officials have said repeatedly, though, that they regard the surge in inflation as a temporary phenomenon.

So far, investors have largely accepted the Fed's belief that higher inflation will be short-lived, with bond yields signaling that inflation concerns on Wall Street are fading.

Bond investors now expect inflation to average 2.4% over the next five years, down from 2.7% in mid-May.Americans' longer-term views on inflation have also leveled off.

Consumers typically overestimate future inflation. The public's expectations of inflation are important, because they can be self-fulfilling. If consumers foresee higher prices, they are likely to demand higher pay, and businesses will try to charge more to offset their higher costs.