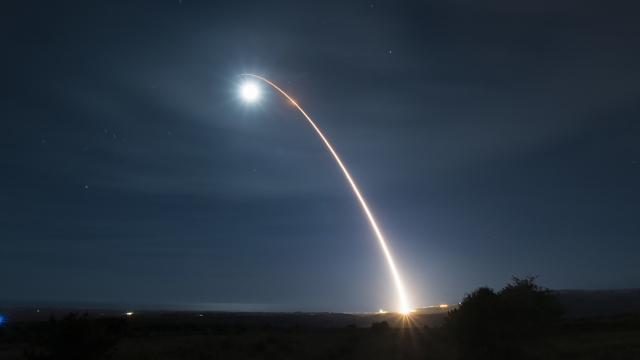 The Global Strike Command said the developmental test used a spare missile from storage and was conducted to verify the accuracy and reliability of the missiles. The team says the tests are needed to help sustain the aging Minuteman III.

As the Air Force notes, these missile tests are planned months to a year in advance and are not in response to world events. Two more Flight Test Units are scheduled to launch in the next several years.