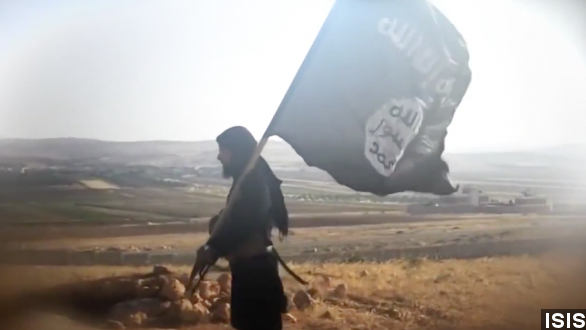 SMS
U.S. Citizen Charged With Aiding ISIS Appears In Court
By Ben Lawson
By Ben Lawson
February 7, 2015
A U.S. citizen and mother of four charged with sending money and other aid to ISIS had her first court appearance Saturday.
SHOW TRANSCRIPT

A U.S. citizen accused of sending money and military equipment to terrorist organizations in Syria and Iraq appeared in federal court Saturday.

Mediha Medy Salkicevic, a Bosnian immigrant and 34-year-old mother of four living in Chicago, was arrested by the FBI for sending aid to ISIS and the Al-Qaeda affiliated Nusra Front.

Investigators say the plans began no later than May of 2013, long before the terrorist group ISIS became a well-known name in America.

Salkicevic's lawyer spoke briefly to reporters after the hearing.

"I'm not going to comment on the state of my client but, as you can imagine, federal charges are a very serious thing," said attorney Andrea Gambino.

Salkicevic is accused of using PayPal and Western Union to send money to a St. Louis couple at least three separate times.

The FBI says that couple then used the money to buy and send supplies to terrorist fighters and that Salkecevic and the couple communicated over Facebook through code words.

Salkicevic will be tried in St. Louis, where the materials were allegedly purchased. If convicted she could face up to 30 years in prison.