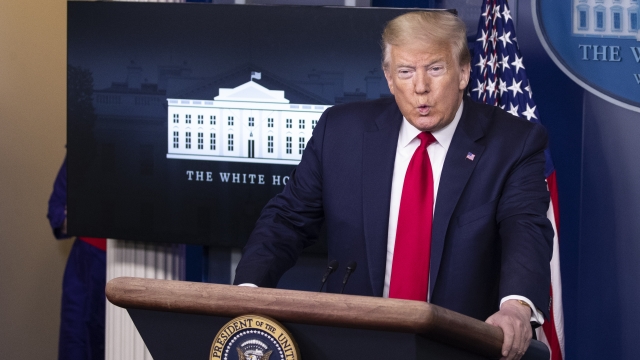 Churches are taking steps to welcome congregants back — sometimes in defiance of state and federal authorities.

On Friday, President Donald Trump called on governors to reopen houses of worship immediately, saying religious leaders would take steps to protect the health of worshippers.

“Right now, they can have up to 10 people with strict social distancing guidelines,” Gov. Andrew Cuomo announced Wednesday.

In New York, the Catholic Church, working with state officials, announced a plan to open up in stages, starting with welcoming parishioners back into church buildings.

“Every one of our priests on a weekly basis will begin to be tested for the coronavirus,” Rev. Monsignor Joseph LaMorte, the vicar general for the Archdiocese of New York, announced Wednesday.

“They’re in line with all the guidance that we’ve received from all the health care experts,” LaMorte added.

But in some parts of the U.S., reopening plans and religious leaders remain out of step.

In Minnesota, faith leaders for the Catholic and Lutheran churches announced plans to defy the governor’s reopening orders, which they call unfair to churches.

On May 26, some plan to allow indoor services at one-third capacity.

“The reasons for our action really isn't legal, it's more pastoral,” Archbishop Bernard Heba of the archdiocese of Saint Paul and Minneapolis told local reporters Thursday. “We have this responsibility to take care of the spiritual needs of our people.”

In Georgia, the Catholic Archdiocese of Atlanta announced earlier this week it won’t reopen its church buildings until the end of May, despite Gov. Brian Kemp’s decision on April 20 to permit in-person religious services.

For now, closed churches are turning to live-streams, drive-thru services and socially distant confession as plans are finalized for what safe services might look like.

For many places of worship, however, concrete dates for bringing back scheduled services might still be far away.

For resuming Sunday Mass, Archbishop Timothy Dolan of New York was hesitant to give a concrete date.

“Six weeks would be a dream, wouldn’t it?” he said.