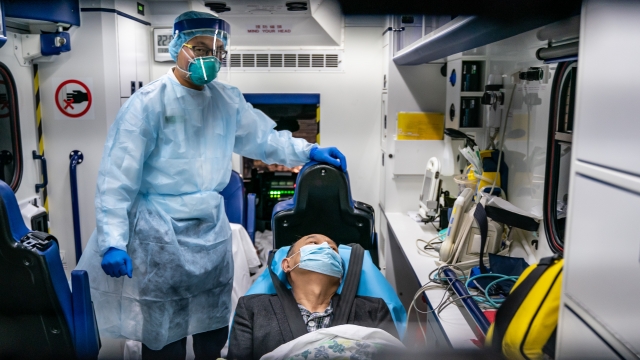 SMS
The U.S. Still Isn't Sure How Coronavirus Spreads
By Lindsey Theis
By Lindsey Theis
January 28, 2020
U.S. & Chinese officials haven't agreed whether the virus spreads before or after a patient shows symptoms.
SHOW TRANSCRIPT

So far, there have been five confirmed cases of novel coronavirus in the U.S., compared to some 4,500 in China. At a Tuesday news briefing, American public health officials reiterated the threat to the U.S. is low.

But they and Chinese authorities haven't yet agreed whether the virus spreads before or after a patient shows symptoms -- and they're responding to it very differently.

"The Chinese have reported transmission in the asymptomatic phase. CDC has not been given the opportunity to review that data, said Robert Redfield, Director of the Centers for Disease Control and Prevention. "We’re going to present the data that we have and we’re not necessarily  going to reaffirm someone else's conclusion. That is why you see the differences."

To make their own conclusions, U.S. scientists are focusing on contact investigations of confirmed US cases - tracking down people who have been in touch with confirmed patients.

"Tracing everyone who comes into contact with a confirmed case of this new virus.  It's essential that we detect illness among contacts in order to make sure that if these contacts are affected they get the best and most appropriate care and they understand what steps they must take to prevent spreading of the illness to others,"said Center for the National Center for Immunization and Respiratory Diseases director Dr. Nancy Messonnier.

The CDC and the U.S. State Department have issued travel warnings, telling Americans to avoid China. In the U.S., officials are expanding screenings from 5 to 20 airports. 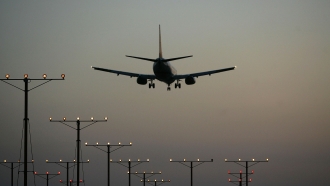 "We monitor signs of illness from any individual coming from China," US Health and Human Services Secretary Alex Azar said,"on the lookout for anyone coming into the country who's presenting signs and symptoms of disease working very closely with our partners at customs and border patrol, for instance as well as information received from pilots, flight attendants, crews of airliners."

Meanwhile, this coronavirus has killed more than 100 people in China, where Wuhan and other cities remain on lockdown. Some 1,000 Americans were still stuck in Wuhan On Tuesday. Some were hoping for seats on a State Department charter flight expected to leave Wednesday, possibly for California.

Others, like Max Siewert, plan to stay put for now. It’s been a week since the quarantine began for the 11 million people in Wuhan.

"It adds a psychological component, because we don't really know how bad the virus is," Siewert said. "We have a daughter who is four months old. That's our main concern. I'm guessing we're going to be here for the long haul. I think it might be a month or two even from what I've heard."