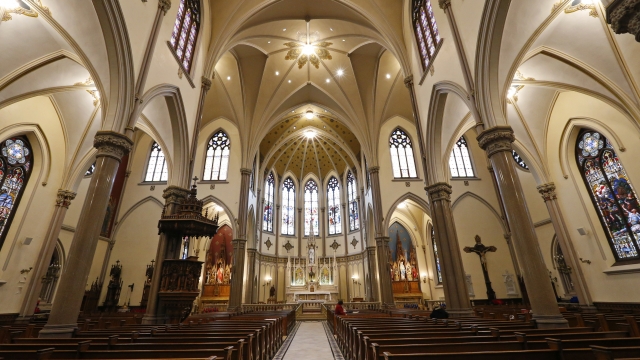 SMS
U.S. Catholic Church Received At Least $1B In Federal COVID-19 Aid
By Bailey Vogt
By Bailey Vogt
July 10, 2020
Since the amount of aid received is disclosed in ranges, The Associated Press reports the church could have accepted $3.5 billion in total aid.
SHOW TRANSCRIPT

The Associated Press reported the real number could be as high as $3.5 billion, as the information was presented in ranges instead of concrete numbers.

The AP notes several dioceses that took these Paycheck Protection Program loans have been involved in clergy sex abuse scandals — including those that have "paid huge settlements or sought bankruptcy protection."

While they're typically excluded from the Small Business Administration's assistance, the CARES Act did have an exemption for faith-based and other nonprofit organizations as the economy started to spiral due to the coronavirus pandemic.

The U.S. Catholic Church also lobbied against a rule preventing loans from going to businesses with more than 500 employees.

A spokesperson for the U.S. Conference of Catholic Bishops confirmed this lobbying. He said in a statement, "These loans are an essential lifeline to help faith-based organizations to stay afloat and continue serving those in need during this crisis."