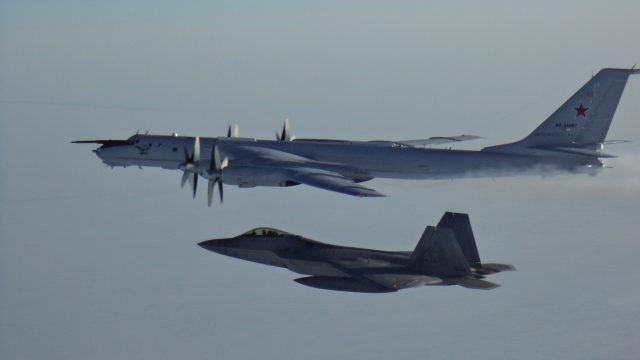 The U.S. and Canada intercepted two Russian jets off the coast of Alaska, following them for about four hours.

While they never entered U.S. or Canadian airspace, the Russian planes reportedly got as close as 50 nautical miles to the Alaskan coast.

The U.S. and Canada jets accompanied the Russian bombers for their entire time in the zone. Russia has run several training exercises in the area as it increases its military presence in the Arctic. A NORAD spokesman told the Associated Press that Russian incursions occur between five to seven times a year.