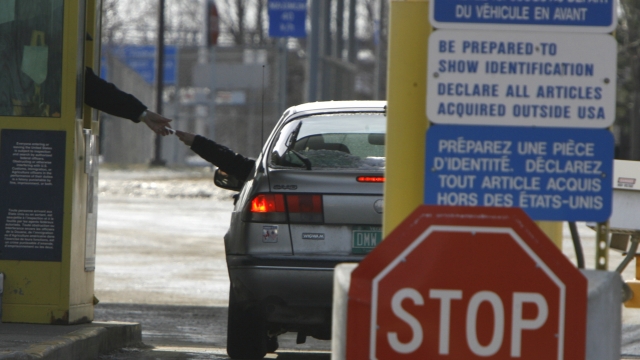 As the coronavirus continues to spread, the U.S. and Canada are keeping their shared border closed to nonessential travel.

Canadian Prime Minister Justin Trudeau reportedly said Thursday that there would be "a significant amount of time" before the two sides talk about loosening those restrictions.

President Donald Trump announced last month that the two countries mutually agreed to close their shared border in response to the pandemic. People needing to cross the border for trade or work are still allowed to do so.

The two countries have other travel restrictions in place. The Trump administration has banned foreign nationals from entering the U.S. if they've traveled to China, Iran or most of Europe in the last 14 days. Canada, meanwhile, has closed its border to non-citizens.

President Trump told reporters earlier this week that the U.S.-Canada border "will be one of the early borders to be released." But he didn't specify when that might happen.