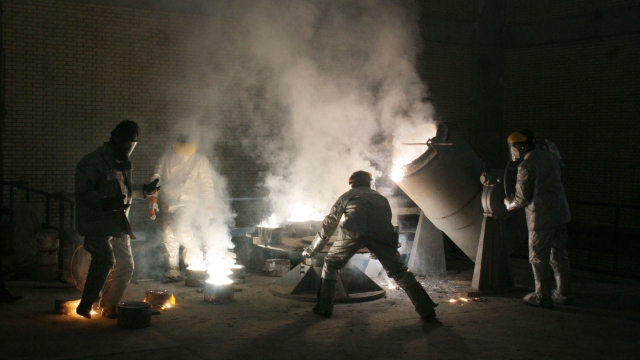 The U.S. is calling on "members of the international community" to address Iran's nuclear escalation.

Iran stepped further away from its commitments under the 2015 nuclear deal this week. U.S. Secretary of State Mike Pompeo said Thursday the escalation reflects "the regime's intentions all along: to extort the international community into accepting its violence and terror while it undermines the sovereignty of its neighbors."

Pompeo also said the recent developments raise concerns that Iran is positioning itself to have the option of rapid nuclear breakout. He urged other countries to "imagine how Iran would behave with a nuclear weapon" and asserted that the U.S. will "never allow this to happen."

The Trump administration withdrew from the Iran nuclear pact last year. Since then, the U.S. has gradually reimposed sanctions on Iran, which hit the country's economy hard.