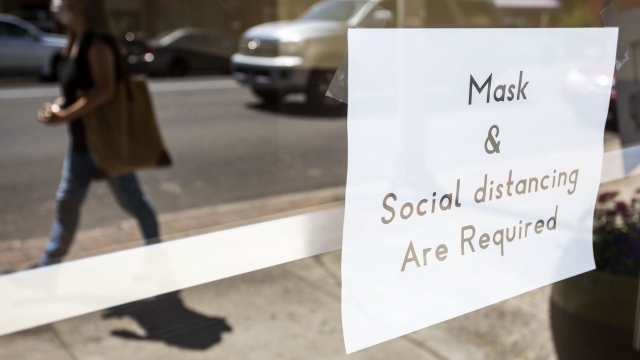 The gap between public opinion and President Donald Trump's insistence that the virus is going away has widened.

The U.S. counted more new COVID-19 cases Thursday than any day so far, breaking the previous record from late April.

That's more than 40,000 new cases in 24 hours, according to data from Johns Hopkins University.

While the U.S. nears 2.5 million infections and some states pause reopening plans, the gap between public opinion and President Donald Trump's insistence that the virus is going away has widened.

As the president seeks reelection, he's pushed a narrative that encourages packed crowds, slowed testing and resistance to wearing masks. It might not bode well for his campaign. A new ABC/Ipsos poll released Friday shows 56% of Americans think the country reopened too quickly, and 89% say they've worn a mask in public this week.