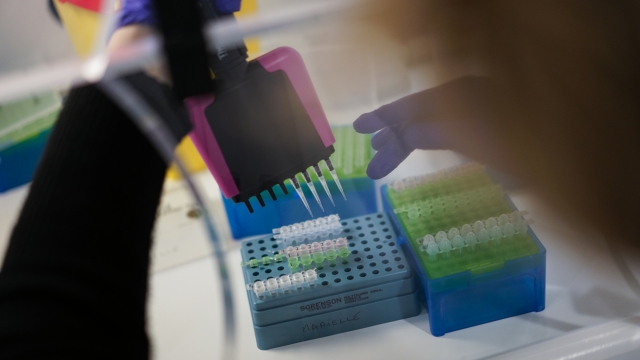 As if the current surges weren’t bad enough, some are worried about the impact two variants — mutations in the coronavirus — could have.

"This is a raging inferno across many parts of the world still," Dr. Ben Singer, a critical care specialist at Northwestern Medical Center, said.

Across the country, doctors like Ben Singer are fighting fatigue as more and more Covid patients come in.

First, there’s the UK variant-B117 we’ve heard a lot about in recent weeks. So far, health officials have documented more than 70 cases in 11 states. It’s not more deadly, but it is more contagious.

Hammer says the “so far” is the big thing here. Colorado, where he is, has only recorded three cases of the UK variant. He says it's still concerning because an uptick in cases follows with more hospitalizations and deaths.

"We might see further surges in areas where we're currently not seeing them. We could see current places that are already overwhelmed," he said.

The second new variant — E484K — is also being called the South African variant. It hasn’t shown up in the U.S. yet but has popped up in at least 12 countries.  Researchers found E484K makes it harder for some antibodies to neutralize the virus, meaning there’s a chance it could escape the new COVID vaccines. That’s being studied now.

It’s hard to know for sure how much of these variants could be circulating. Scientists and doctors expect it to be more widespread than what’s been documented so far.

"Are you seeing any cases of these new variants at Northwestern?" Newsy's Lindsey Theis asked.

"We don't know because, again, we don't have a coordinated national way to understand how widely circulating these variants are. So, I can't say for sure," Singer said.

Biggest thing — there’s not much to worry about right now with these new variants because it doesn’t change the care someone sick with COVID will get.