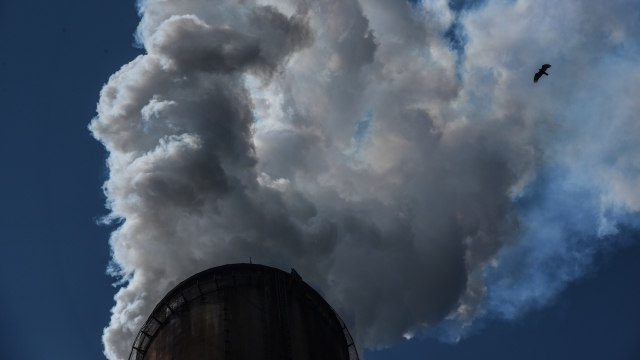 The Trump administration says it's formally begun the U.S.' withdrawal from the Paris climate accord.

Secretary of State Mike Pompeo has notified the United Nations of the country's intent to leave. In a tweet Monday, he said: "The U.S. is proud of our record as a world leader in reducing all emissions, fostering resilience, growing our economy, and ensuring energy for our citizens. Ours is a realistic and pragmatic model."

Nearly every country on Earth joined the agreement in 2015 and pledged to fight climate change and cut greenhouse gas emissions. But President Donald Trump, who had criticized the deal in the past, announced in 2017 that the U.S. was leaving it.

The administration has made made its view on climate change very clear by moving to loosen emissions and fuel economy standards, among other things. It recently replaced the Obama-era Clean Power Plan with a more lenient one called the Affordable Clean Energy Rule. The rule lets states set their own emissions standards for coal-fueled power plants.

The withdrawal will take a year to complete, which means the U.S. won't actually pull out of the agreement entirely until the day after the 2020 presidential election. If President Trump loses reelection, the new president could rejoin the agreement.

The U.S. is stepping back from the climate accord just as an environmental movement is sparking strikes around the world. Protesters are calling on world leaders to take action on climate change.