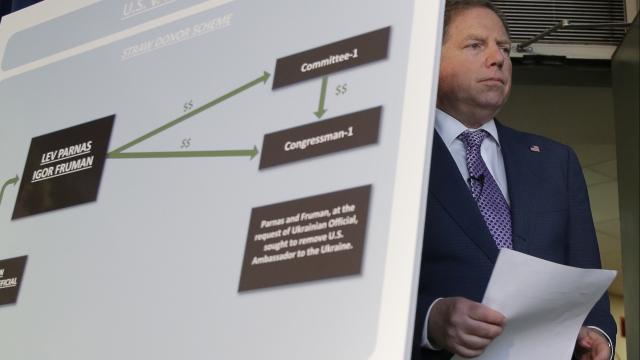 A standoff between the U.S. attorney for the southern district of New York and his boss, Attorney General William Barr, ended Saturday with prosecutor Geoffrey Berman being fired.

Berman said he would leave his office "effective immediately" and would allow the deputy U.S. attorney general for that district to take over until a replacement is approved.

Though President Trump chose Berman for the job in 2018, the president has been dissatisfied as the New York office investigated a number of Trump associates.

Berman's surprise ousting comes after a tumultuous 24 hours beginning with Barr announcing that Berman had submitted his resignation in a statement late Friday night.

However, Berman said he learned of this resignation from Barr's statement, adding he had "no intention of resigning."

Barr sent Berman a letter Saturday saying, "Because you have declared that you have no intention of resigning, I have asked the President to remove you as of today, and he has done so."

Despite Barr's letter, the president told reporters Saturday he was "not involved" with Berman's firing.

"That's all up to the attorney general. Attorney General Barr is working on that. That's his department not my department," President Trump said.

Barr had announced the president plans to nominate Jay Clayton, chairman of the Securities and Exchange Commission, to serve as the next U.S. attorney for the southern district of New York.