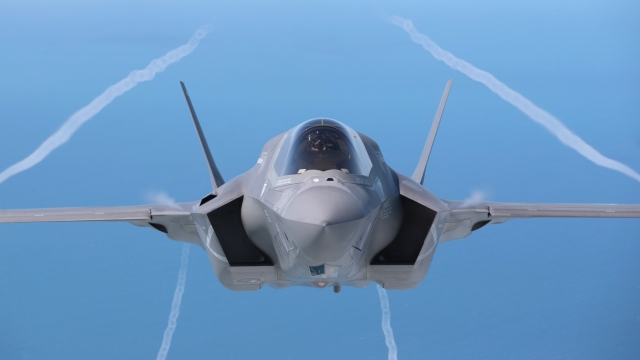 The U.S. State Department has approved an estimated $2.75 billion sale of F-35B Jets to Singapore.

The U.S. Defense Security Cooperation Agency said Singapore requested to purchase up to a dozen of the jets through the Foreign Military Sales program.

Singapore, an island that has struggled with its land scarcity, likely chose the aircrafts for their ability to take off on a short runway and land vertically.

The deal also includes 13 Pratt & Whitney F135 engines and equipment to help with the short takeoffs and landings.

The agency said, "This proposed sale will support the foreign policy and national security objectives of the United States. Singapore is a strategic friend and Major Security Cooperation Partner and an important force for political stability and economic progress in the Asia Pacific region."