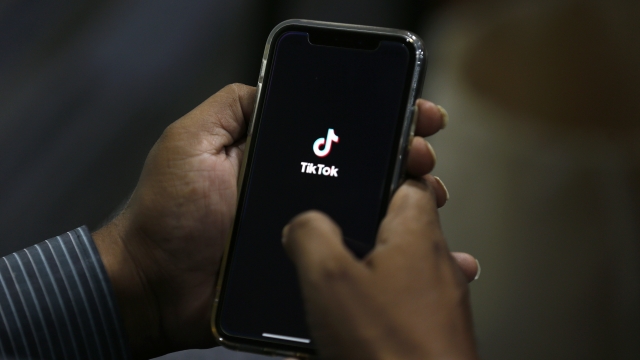 SMS
U.S. Approach To TikTok Could Further Fracture Internet, Experts Say
By Tyler Adkisson
By Tyler Adkisson
September 25, 2020
The US hasn't seen apps banned because of political fights like other countries have. The TikTok ban has made that experience a reality for US users.
SHOW TRANSCRIPT

Whatever form the ban takes, experts tell Newsy it could have a long-term effect on U.S.-global tech relations.

"We have been proponents of an open, interoperable, secure cyberspace," said Scott Shackelford, Indiana University Cybersecurity professor. "We've had something of a consensus, you know, really since the '90s on the way that internet governance works."

"Now the U.S. is making the argument, well, we don't want your technology coming into our borders and to our country, which is the exact opposite of the argument they made 30 years ago," said Dr. John Heslen, professor of political Slscience at Augusta University.

On a business level, the ban could push other countries to be more selective about which American tech companies can operate within their borders.

"China historically has used national security as an excuse to govern all kinds of behaviors," Shackelford said. "I mean, the fact that the U.S. government starts doing this absolutely could give precedent to other other countries that want to restrict and certain, you know, large social networks like Facebook."

Experts also told Newsy they saw the U.S. bans on Chinese tech as part of a new, more protectionist approach to data, driven by China’s rise to become a global tech superpower.

"All major powers are aware of the benefits of controlling the information and shaping the narrative," said Doug Schmidt, professor of computer science at Vanderbilt University. "I mean, this goes back forever, right? Certainly back to the Cold War, if that's a good starting point for all this. And nowadays this is moved into the internet. Some countries are very much about open borders when it comes to information."

If that fighting about where tech companies like Google or ByteDance can operate continues, other countries may be forced to choose between working with the U.S., or with China.

"So when another situation like this pops up, the Chinese can maybe easily just say, ‘OK, we're done’ or, you know, really start to push for this almost like a sort of like a bipolar technological world where, you know, that the West is using U.S. technology and the authoritarian countries — maybe you're using sort of China's technology," Heslen said.

"It's a fascinating, you know, early stages of a potential digital Cold War kind of playing out before our eyes where these kind of fundamental questions about: ‘Are we going to move into a realm of an Eastern and Western version of the internet? Or even in an extreme example, you know, 194 digital walled gardens?"