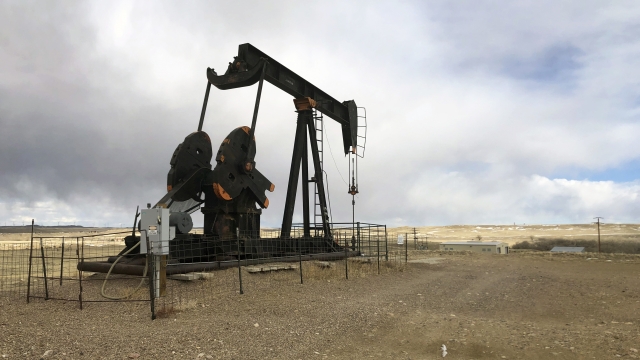 SMS
U.S. Announces Plans To Lease Public Lands For Oil Drilling
By Newsy Staff
By Newsy Staff
April 18, 2022
The Interior Department will allow leases for oil drilling on government land, planning to auction off about 144,000 acres across nine states.

Part of the inflation people are feeling in the United States has to do with the still-high gas prices. The Biden administration recently announced more plans to try to bring them back down.

The Interior Department will begin allowing leases for oil drilling on government land, planning to auction off roughly 144,000 acres across nine states. This announcement goes against President Joe Biden's message during his campaign, in which he urged a complete end to drilling for oil and gas on federal lands.

The president has faced pressure from Republicans and the American public to take action.