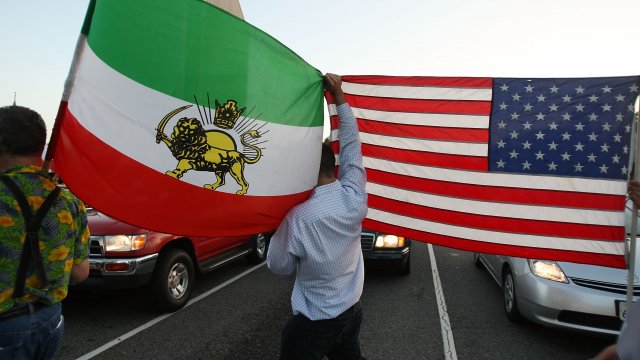 The Trump administration is slapping new sanctions on Iranian officials and offering a new reward for a former FBI agent who was last seen in the country.

The Treasury and State departments announced the moves in separate press releases Monday.

The new sanctions target Iranian Supreme Leader Ali Khamenei's inner circle of advisers. They include his chief of staff, one of his sons and the head of Iran's judiciary.

Treasury Secretary Steven Mnuchin said in a statement: "These individuals are linked to a wide range of malign behaviors by the regime. ... This action further constricts the Supreme Leader's ability to execute his agenda of terror and oppression."

As for the reward, the State Department said it's offering $20 million for any information about Robert Levinson, who disappeared during a visit to Iran in 2007.

The U.S. says Levinson was taken hostage by the Iranian regime. But officials in Iran say they don't know anything about him or his whereabouts.

The moves came on the 40th anniversary of Iranian protesters storming the U.S. embassy in Tehran. More than 50 Americans were held hostage there for 444 days.