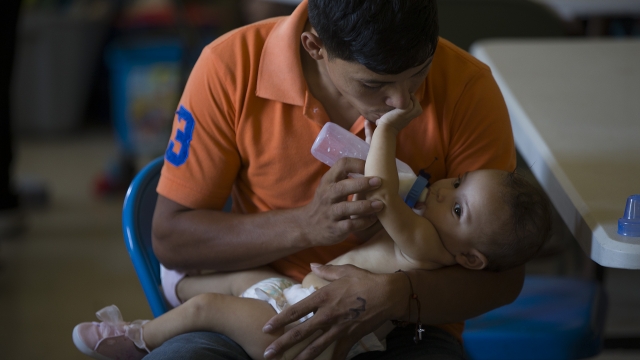 By LeeAnne Lowry
August 21, 2019
The rule will replace the 1997 Flores Settlement Agreement, which says that the government can only detain migrant children for up to 20 days.
SHOW TRANSCRIPT

The Trump administration has announced a new rule that will allow it to detain migrant families for longer periods of time.

The rule replaces the 1997 Flores Settlement Agreement, which says that the government can only detain migrant children for up to 20 days. The new regulation will remove that limit.

President Donald Trump and other Republicans have often argued that the 20-day limit encourages migrants to come to the border with children because they know they'll be released.  The U.S. Department of Homeland Security said that the change is meant to close that loophole.

Acting Secretary of Homeland Security Kevin McAleenan said at a press conference Wednesday, "The new rule will restore integrity to our immigration system and eliminate the major pull factor fueling the crisis."

DHS said in a press release on Wednesday that the new regulation would parallel the basic purpose of the original agreement, which is to treat all migrant children with "dignity, respect and special concern for their particular vulnerability as minors."

The rule is set to take effect in 60 days.