U.S. And South Korea Talks Break Down Over Defense Costs 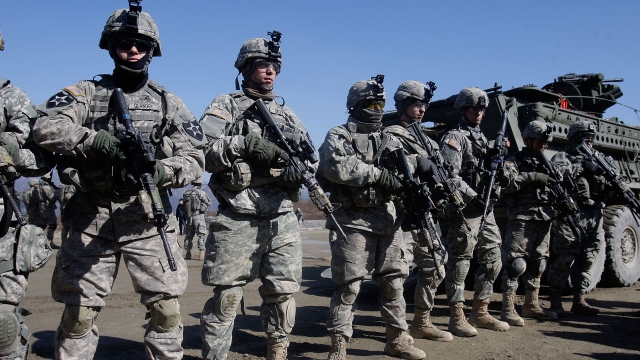 Negotiations broke down Tuesday between the U.S. and South Korea over how much the latter should pay for keeping American troops on its soil.

James DeHart, the top U.S. negotiator, said his side decided to "cut short" the talks in order to give South Korea "some time to reconsider."

Thanks to a cost-sharing deal the two countries signed in March, South Korea is paying about $924 million this year for the roughly 28,500 U.S. troops stationed in the country.

But the U.S. reportedly wanted South Korea to increase its contribution by roughly 500% to $4.7 billion for 2020.

U.S. Defense Secretary Mark Esper has said multiple times South Korea is perfectly capable of shouldering more of the cost. But Seoul's negotiator on Tuesday said there are "considerable differences" between what each side proposed during the latest round of talks.

The U.S. and South Korea's current deal expires at the end of December.