U.S. And Other Countries: 'No International Right To An Abortion' 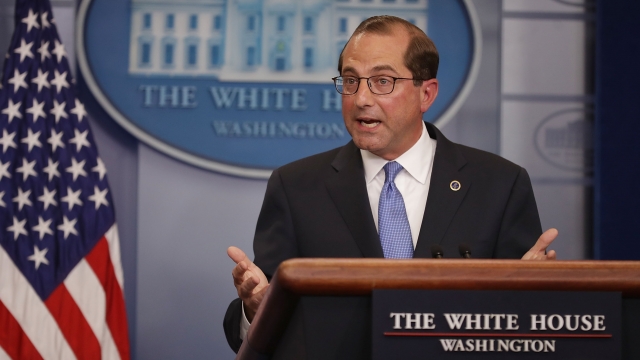 At a United Nations General Assembly meeting in New York Monday, the U.S. and more than a dozen other countries said "there is no international right to an abortion" and called on other countries to join the coalition.

In July, the Trump administration asked foreign leaders to join an international coalition that protects the unborn and defends "the family as the foundational unit of society vital to children thriving and leading healthy lives."

Health and Human Services Secretary Alex Azar delivered the joint statement on behalf of all of the countries that signed.

"We do not support references to ambiguous terms and expressions such as sexual and reproductive health and rights in U.N. documents because they can undermine the critical role of the family and promote practices like abortion in circumstances that do not enjoy international consensus and which can be misinterpreted by U.N. agencies," Azar said.

While anti-abortion groups applauded the effort, others have voiced their concerns on Twitter using the #SRHR, which stands for sexual and reproductive health rights.

In a tweet, Sweden's Minister for International Development Cooperation called it "unbelievable news" and said "womens rights must be protected at all times."