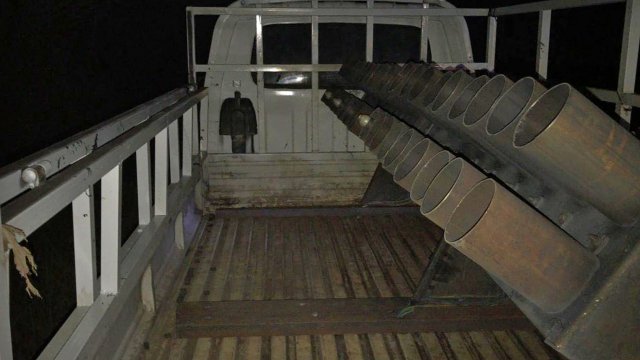 SMS
U.S. Launches Airstrikes In Iraq
By Nathan Byrne
By Nathan Byrne
March 12, 2020
The strikes are the latest action in the escalating conflict between Iran and the U.S. over the past couple of months.
SHOW TRANSCRIPT

The top U.S. commander in the Middle East blamed the militia group for the deaths of two Americans and a British national in the rocket attack that hit a military base in Iraq on Wednesday.

"I would tell you certainly I would believe a red line for the United States is going to be the death of U.S. service members or those of our partners and allies. So that's a red line," said Gen. Kenneth McKenzie.

U.S. Secretary of Defense Mark Esper told reporters at the Pentagon Thursday that President Donald Trump had authorized him to take whatever action he deemed necessary. Esper said, "You don't get to shoot at our bases and kill and wound Americans and get away with it."

In addition to the three service members who died, 14 were wounded when 18 rockets hit the base. The U.S. military said the rockets were fired from a truck launcher found later by Iraqi security forces.