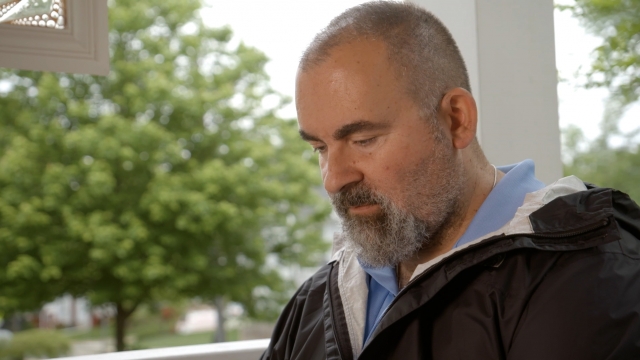 SMS
U.S. May Have Suspected 'No Trace' Weapon Against Spies Decades Ago
By Sasha Ingber
By Sasha Ingber
May 18, 2021
The cause of mysterious brain injuries in U.S. agents is unknown, but some intel officials believe they're directed energy attacks from close range.
SHOW TRANSCRIPT

"In the middle of the night, I awoke to an incredible case of vertigo, you know, tinnitus ringing in my ears. I was falling over. I felt like I was going to be sick. And, you know, I spent years in Iraq and Afghanistan. But this was by far the most kind of unsettling and terrifying experience of my life."

Marc Polymeropoulos says he was hit by something in Moscow in 2017. He’s one of dozens of U.S. government personnel with similar accounts in Cuba, China, Europe, the Middle East and even reportedly the U.S., near the White House.

Many describe a perceived loud sound and pressure in their heads, followed by chronic dizziness, headaches, fatigue or memory loss. It got so bad for Polymeropoulos that he eventually left the job he loved. And these episodes are continuing.

"The last attacks that I'm aware of against U.S. personnel that have not been publicly reported occurred overseas within the last few months, maybe even the last few weeks."

That’s Mark Zaid, who represents 12 people from the CIA, NSA and State and Commerce departments, where they say colleagues accused them of fabricating wounds.

But this document shows the NSA had intelligence in 2012 about "a hostile country" using a weapon to "weaken … or kill an enemy" over time and without evidence. Another document says "counterintelligence experts speculate" the hostile foreign power "had the capability in the late 1990s." But Zaid says awareness traces back even further.

"We've come across evidence that dates back into the late '60s, early 1970s, that these types of attacks were known or at least going on and we were trying to prevent them," says Zaid.

Last year, government-commissioned scientists said the injuries are most likely caused by directed energy -- pulsed radio frequencies -- that can silently injure the brain. And a senior government official tells Newsy the attacks look personal, thought to have a maximum range of 50-100 yards, a portable device likely targeting people from inside a vehicle to avoid detection.

"One of the advantages from the standpoint of the user of this weaponry is that it's basically no-touch, no-trace," says Dr. Beatrice Golomb.

The first researcher to tie people’s injuries to radio frequency radiation in a peer-reviewed journal, Golomb, tells us an unclassified worker's compensation report showed a family member of an ill diplomat medevaced out of China even measured radio frequencies as they were occurring.

"In some ways, yes. In some ways, no. ... I certainly have to take some security precautions. But ultimately, I think it's really important that I speak out on this," says Polymeropoulos.

Security sources tell Newsy Russia is the leading suspect. But a spokesperson at the Office of the Director of National Intelligence says there is no definitive information about the cause of the incidents and no conclusion on whether a foreign actor is responsible.

Polymeropoulos says, "You can't ignore this problem because it's still happening."

Newsy contacted a scientist who did seminal research on pulsed radio frequency energy. Allan Frey raised the possibility that the aim is to simply eavesdrop, not injure. A multi-agency task force is looking for answers.