Citing Cash Shortage, U.N. Says It May Not Meet Payroll By Month's End 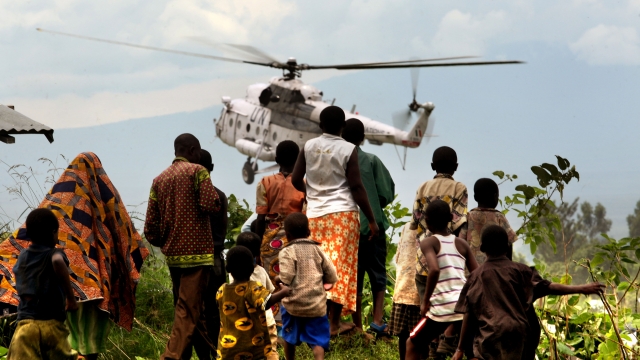 SMS
Citing Cash Shortage, U.N. Says It May Not Meet Payroll By Month's End
By Peter Hecht
By Peter Hecht
October 9, 2019
General Secretary Antonio Guterres says the U.N. could run out of cash by the end of October without timely payments from member states.
SHOW TRANSCRIPT

Is the United Nations going broke? The global body is $230 million in the hole and has sent letters to 37,000 employees, warning that "stop-gap measures" are needed to cover payroll and benefits.

In fact, U.N. Secretary General Antonio Guterres said Monday that the organization could run out of available cash by the end of October without some timely payments from U.N. member states.

One of those debtors is the U.S., which has provided the United Nations' major funding for over 70 years.

The U.S. continues to be its leading payer, with its $10 billion contribution in 2017 accounting for one-fifth of the U.N. budget. That covered 22 percent of program costs and funded 28 percent of U.N. peacekeeping operations.

But the Trump administration, with Congressional approval, has cut its peacekeeping contribution to 25 percent, leaving an outstanding debt of $2.4 billion. The U.S. also owes $674 million for the U.N.'s overall budget this year and $381 million for past years.

Warning of a fiscal crisis for the U.N., Guterres said: "Our work and our reforms are at risk."

He continued: "We have not yet addressed the regular budget crisis and the situation continues to deteriorate. This month ... we will reach the deepest deficit of the decade. We risk exhausting the closed peace keeping cash reserves and entering November without enough cash to cover payrolls."

U.N. peacekeeping forces are operating in disaster zones and combat hot spots in 14 regions. The largest deployments are in Africa.

Twenty-thousand U.N. troops and personnel are in the Democratic Republic of the Congo, where armed conflicts have displaced 4.5 million people and left 13 million in need of humanitarian assistance, according to Human Rights Watch.

Nearly 60,000 troops and personnel are in South Sudan, the Central African Republic, Mali and Darfur, areas afflicted by war and searing food shortages.

President Trump is pushing for significant reductions in payments to the U.N., suggesting last year that the organization is taking advantage of its biggest donor.

"We are grateful for all the work the United Nations does around the world to help people build better lives for themselves and their families. The United States is the world’s largest giver in the world, by far, of foreign aid. But few give anything to us. That is why we are taking a hard look at U.S. foreign assistance," President Trump said.

One country that's increasing its U.N. contributions is China. It now covers 12 percent of the organization's budget, up from 8 percent in prior years. China has also pledged $1 billion toward U.N. peacekeeping over the next decade.