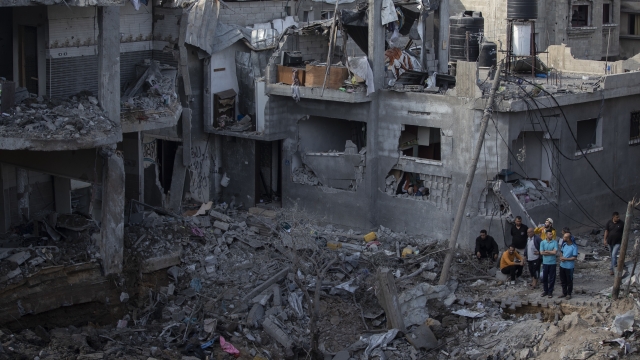 SMS
U.N. Security Council To Discuss Middle East Conflict
By Simon Kaufman
By Simon Kaufman
May 14, 2021
According to a Reuters report, diplomats say the U.S. objected to a meeting that would have taken place today.
SHOW TRANSCRIPT

The United Nations Security Council is set to publicly discuss the escalating situation in the Middle East on Sunday.

According to a Reuters report, diplomats say the U.S. objected to a meeting that would have taken place today. Secretary of State Antony Blinken says the government wants more time for the sides to pursue a diplomatic solution.

"We are open to and supportive of a discussion, an open discussion at at the United Nations," said Blinken. "I think we're looking at at early next week. This, I hope, will give some time for the diplomacy to have some effect and to see if indeed we we get a real deescalation and can then pursue this at the United Nations."

Hostilities in the Gaza Strip are showing no sign of slowing down. Israel said it was clearing a network of militant tunnels ahead of a possible ground invasion. A Hamas official said it was not afraid of a ground invasion and that it would be a chance to increase casualties among Israeli soldiers.

Rockets from Gaza continue to come over toward Israel. Israel's military says more than 1,700 have been launched into Israel, including 400 that fell short or misfired.

Meanwhile the death toll is rising. According to Gaza officials, at least 119 people, including at least 31 children, have been killed. Hamas and other militant groups say at least 20 of those deaths were their members. Israel says that number is higher.

In Israel, seven people including one child and a soldier have died.