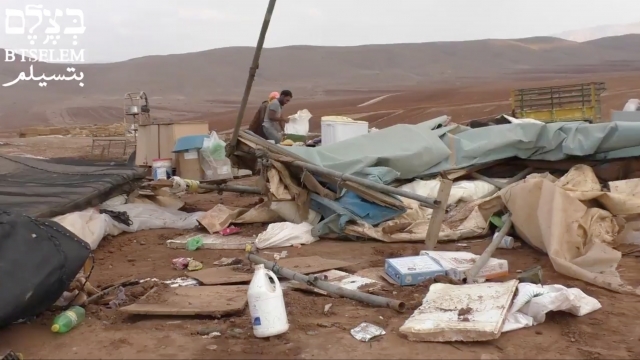 The United Nations reports over 70 Palestinians were displaced from their homes after Israel demolished a Bedouin village in the occupied West Bank.

The U.N. says Israel has destroyed more than 600 similar structures this year. Israeli authorities allege the buildings were illegal and lacked the proper permits.

Palestinian officials and activist groups argue that Israel timed Tuesday's demolition to coincide with coverage of the U.S. election.