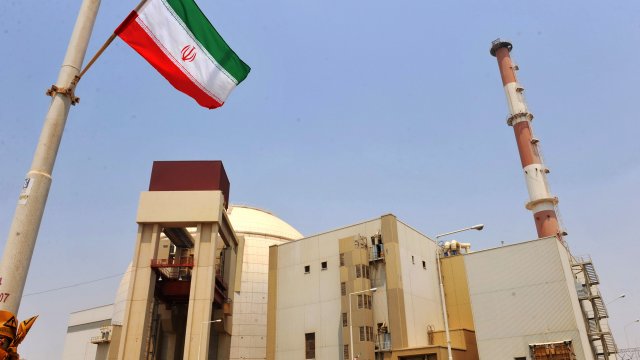 SMS
U.N. Watchdog Says Iran Is Increasing Its Uranium Stockpile
By Gage Jackson
By Gage Jackson
November 12, 2019
Uranium particles have been discovered at an undeclared site in Iran, violating its 2015 nuclear pact with other world powers.
SHOW TRANSCRIPT

Uranium particles have been found at a site in Iran that was undeclared by authorities. That's a violation of the 2015 nuclear deal between Iran and other world powers.

The U.N.'s International Atomic Energy Agency, or IAEA, said Iran has started uranium enrichment inside of a mountain and is increasing its stockpile. The agency says Iran is exceeding the deal's enrichment limits, which were set to prevent Iran from potentially building a nuclear bomb.

This is also the same area where Israeli Prime Minister Benjamin Netanyahu previously said Iran had a "secret atomic warehouse."

Iran says its nuclear program only has peaceful purposes. But it has blatantly violated the nuclear deal since last year, when the U.S. withdrew and hit Iran with sanctions that have all but crippled its oil exports.

A joint statement by France, Germany and the U.K., which are all members of the pact, said they "are extremely concerned by the latest announcements that Iran is restarting uranium enrichment," and they "urge Iran to reverse all measures" that violate the deal.

If Iran doesn't back down, the issue could be brought to the U.N. Security Council, which could in turn lead to more sanctions on Iran.