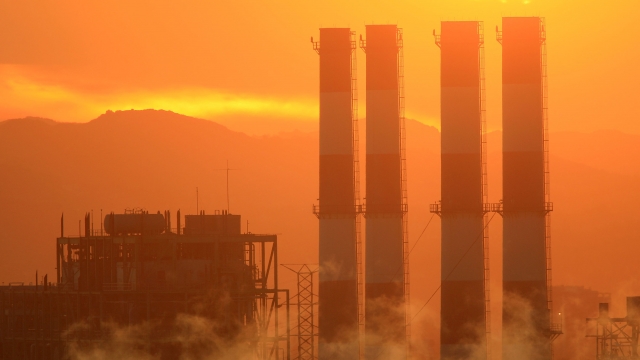 SMS
U.N.: Emissions Must Be Cut In Half To Meet Climate Change Goals
By Meg Hilling
By Meg Hilling
November 26, 2019
According to the report, emissions must drop 55% by 2030 to keep global warming below 1.5 degrees Celsius.
SHOW TRANSCRIPT

A new U.N. report says the future of the planet is "bleak" unless unprecedented efforts are made to combat climate change.

The Emission Gap Report compares where greenhouse gas emissions are heading against where they need to be to meet Paris climate agreement goals. According to the report,  emissions must drop 55 percent by 2030 to keep global warming below 1.5 degrees Celsius.

The executive director of the U.N.'s Environment Program said the global community has "procrastinated" for too long on taking action.

As of right now, temperatures are expected to rise 3.2 degrees Celsius by the end of the century.

This report follows the release of the World Meteorological Organization’s report Monday, which says greenhouse gases reached a record high in 2018.

The U.N. report named several countries that need to step up their climate commitments, including the U.S., Australia, Brazil, Canada and Japan.